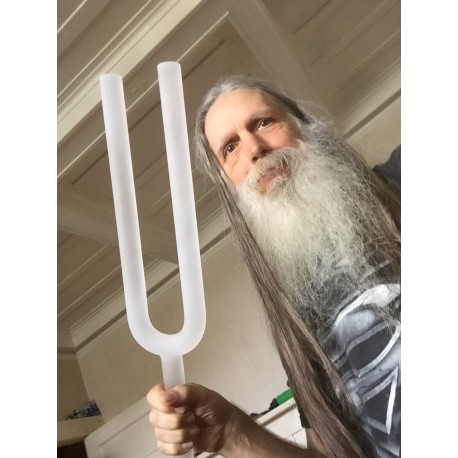 172 Hz is the Dominant Harmonic Frequency of Nature.

For '1000 Years of Peace', it was the fundamental metric standard for China and Tibet.

Every spring, copies were made and sent out to each province across the Empire of the Middle Kingdom.

It was the single most valuable thing in the Forbidden City, since even the Emperor himself was replaced generationally...

Healing energy can be transferred to the body through the rounded nipple-like point at the base of the tuning fork.